The Book Prize Committee evaluated the book as follows:

This devastatingly timely book shows how, in response to the postwar demographic catastrophe, Soviet political leaders adopted pronatalist policies that limited divorce, incentivized and compelled births, and offered impunity to promiscuous men at the expense of women and children. Mie Nakachi’s subtle account of the interplay between state pronatalism, concerned medical professionals, and women themselves offers a fresh and convincing explanation of how a Party supposedly committed to women’s liberation actually victimized many of those it claimed to protect. It did this by denying women broad access to birth control and meaningful support for childrearing, forcing many to turn to underground abortion. Even after abortion was relegalized in 1955, the Party’s continuing reluctance to provide adequate access to birth control led many Soviet women to rely heavily on abortion to regulate their fertility. These damaging policies reshaped Soviet family life but did little to meaningfully increase the birthrate since, as Nakachi concludes, “women make reproductive decisions not for the government, but for the well-being of themselves, their children, and their families.”(https://www.aseees.pitt.edu/programs/aseees-prizes/w-bruce-lincoln-book-prize/2022-w-bruce-lincoln-book-prize)

The W. Bruce Lincoln Book Prize, sponsored by Mary Lincoln, is awarded annually for an author’s first published monograph or scholarly synthesis that is of exceptional merit and lasting significance for the understanding of Russia’s past. The prize was established in 2004 in memory of W. Bruce Lincoln, a Russian historian and a widely-read author. 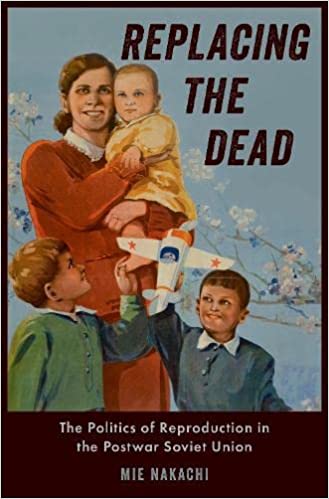